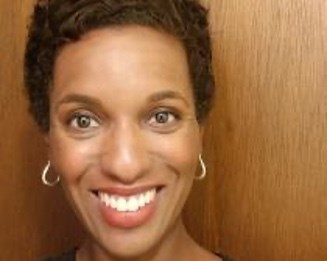 Davia Downey is the MPA Program Coordinator and an Associate Professor of Public Administration at Grand Valley State University in Grand Rapids, Michigan. She teaches undergraduate and graduate courses in local politics, public policy and public administration at Grand Valley State University in Grand Rapids, Michigan. Recent publications include, “Sudden Versus Slow Death of Cities: New Orleans and Detroit”, co-authored with Laura A. Reese in the DuBois Review: Social Science Research on Race; “Disaster Recovery in Black and White: A Comparison of New Orleans and Gulfport” in the American Review of Public Administration; and an edited book, Cities and Disasters (Taylor & Francis/CRC Press), which was published in 2015. She has also published work in Economic Development Quarterly, Perspectives on Federalism, and the Urban Affairs Review. She is currently writing a book entitled,” Economic Development and Disasters” which is under contract with Routledge Publishing with a publication date of Spring 2021.

Professor Downey holds a Ph.D. in Political Science from Michigan State University (2011), a Masters of Public Administration from Eastern Michigan University (2005) and a BA in Music Performance with a concentration in Human Services from Albion College (1999). In addition to her academic research, she has sat on several community boards including, the Non-Conforming Use Committee, Community Development Advisory Committee and Housing Commission for the city of East Lansing. She currently serves as a board member of Voters Not Politicians which successfully reformed the state constitution in 2018, changing the redistricting process in the state of Michigan and also serves as the state co-chair for the Scholars Strategy Network.