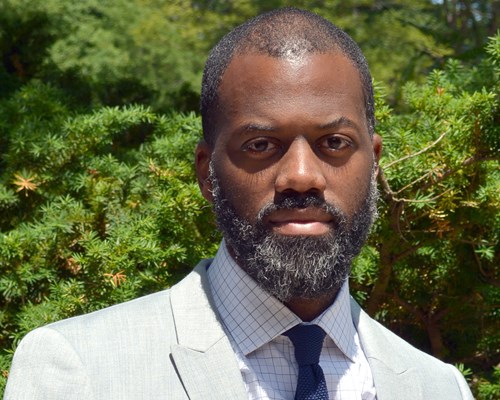 Ritchie H. Harrison is the Co-Director of the Michigan State University Extension’s Great Lakes Leadership Academy (GLLA). In his career, he has led programs targeting neighborhood improvement and revitalization in the City of Detroit. His range of experience and expertise includes community and economic development, urban planning and community engagement.

Prior to joining the Michigan State University Extension, Ritchie was the Community Planner for the Detroit RiverFront Conservancy. He led efforts to support the Conservancy’s work along the Detroit Riverfront, including the development of a framework plan for Detroit’s east riverfront and completion of the West Riverfront Park Design Competition. These initiatives resulted in over $100 million dollars in new public space investments being committed to the Detroit riverfront.

Ritchie is an alumnus of the GLLA Leadership Advancement Program (’13).  He has a Bachelor of Science in Urban Planning and a Graduate Certificate in Entrepreneurship from Eastern Michigan University. He holds a Master of Community Development from the University of Detroit-Mercy.

Ritchie has also completed the Larson Center for Leadership Program through the Michigan Urban Land Use Institute and the Detroit Revitalization Fellows Program at Wayne State University.  He is an avid runner and advocate for improving public space to support community health.