The 2015 Innovate Michigan! Summit is only a few weeks away and registration is still open! Don't miss this opportunity to see some great presentations, such as:...

It's that time of year again! MSU REI is seeking your input about ways to revitalize and strengthen Michigan's economy. These ideas can be tools, models, policies, or programs that improve the lives and business opportunities in... 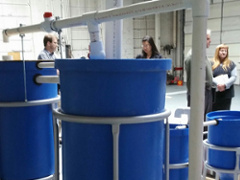 REI is excited to announce a new co-implementation initiative with previous...

REI would like to congratulate three-time Student-Led, Faculty-Guided Project partner Steven Mankouche for being awarded a

Our Spring 2015 Student-Led, Faculty-Guided Projects are nearing completion! These projects include: Family-Owned Business Database for the Great Lakes Bay Region,

A new year is quickly approaching, and with it comes a new set of projects. Each year, REI funds up to 10 Co-Learning Plans which explore various tools, models, policies and practices that could improve Michigan's economy. Application for the...

The REI University Center will be holding an Idea-Generating Event on Wednesday, November 12, from 12:30 to 1:30pm at the Michigan State University Creativity...

REI would like to thank everyone who supported and attended the 2014 Innovate Michigan! Summit on September 4. It was great to see so many people (over 150) from around the state come together to learn about how they can...